Week 16 – The seven Laws of the mind in practice 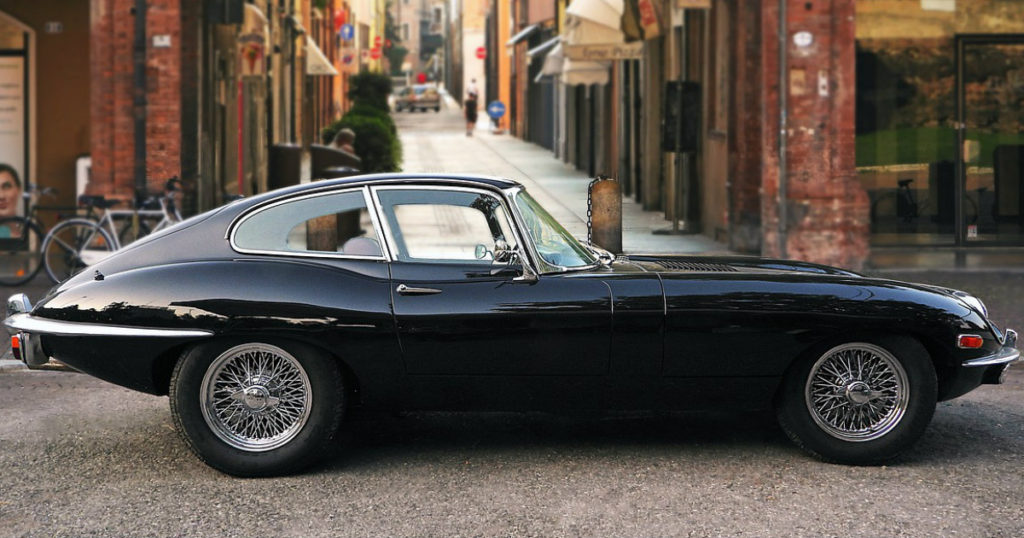 This week I had a revelation of a more thorough understanding that the work (practice) I have been doing provides answers just when I need them. I didn’t recognize it immediately  but when it was pointed out to me that I had used the law of relaxation to solve a tough problem it got me thinking. What I discovered was that I put in to play six out of the seven laws of the mind without any conscious thought of doing it. 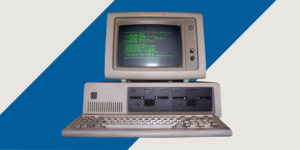 I have been working in a professional capacity with computers since 1984 on systems just like the one pictured to the left. An IBM PC, with two 5,25″ floppy drives. No hard drive. Since the days of those computers with white, green or yellow text on a black screen I was fascinated with them and have carried that on through continuing  today. I have been in the service and repair end of computers since about 1987 working for other companies and opened my own business in a bedroom in our house in 2003. I would have started it up in the garage like many famous startups do but my garage was NOT heated. What this means in this story is that I can fix any computer, networking issue that comes my way. I have solved literally well over 10,000 computer issues, problems, operator errors (ID10T) as well as recovering systems from disasters. 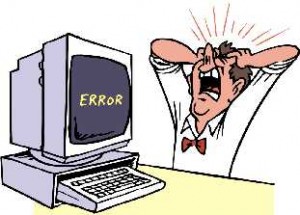 Every once in a while something comes up that is a challenge and about a week or so ago this happened. All of a sudden the main computer (server) stopped being accessible on customer’s network to one workstation and one laptop only. The other 8 systems on premise were not affected. I worked on this for a couple of hours and wasn’t getting very far. I tried all my “tried and true” methods and even some that were a bit out of the realm of normal. Still no luck. I was getting nervous and thought the only possible solution was to back up and rebuild both systems which could take 3 to 4 hours and then may not have solved the problem.

I was standing in the server room and leaning against the counter and stared at the server. In my mind I said; 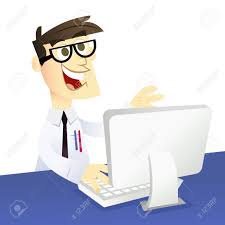 BOOM! Right then and there I felt relaxed and in seconds I knew what to do. In 10 minutes I had my tool kit (2 flash drives 😉 ) packed up and I was waving goodbye. I later mentioned this to my Master Key mentor and he told me I used the Law of Relaxation.

“Mental effort defeats itself ~ exactly the opposite of physical effort. A relaxed, calm state of mind, is the only doorway to progress mentally. Relaxation of thought is the only access to Infinite Intelligence.

I let go of the tension and let my mind do the work without being hampered by my stress and the resolution came to mind instantly.

After thinking about it more I discovered I had used 6 out of the seven laws of the mind without any effort.  Here is how I see it

Law of Substitution – I substituted the “How can i solve this” with “It’s done.”

Law of Practice –  I’ve put in the practice and work studying and put then put the laws in to practice.

Law of Dual Thought – I replaced the thought of worry with “It is done, It is fixed and I can go home”

Law of Subconscious – My subconscious accepted my idea and it manifested the solution.

Law of Growth – I thought and believed the problem was solved and it was.

Here are the Seven Laws of the mind. Put together by someone much smarter than I am.

We cannot think about 2 things at the same time. If a negative thought enters your mind ~ try to think about God instead. If that is too big a reach at the time, use any fond memory or other pleasant thought. Jesus, the Master Teacher, said, “Resist not evil” ~ meaning turn from it and think about something else instead.

Mental effort defeats itself ~ exactly the opposite of physical effort. A relaxed, calm state of mind, is the only doorway to progress mentally. Relaxation of thought is the only access to Infinite Intelligence.

Practice makes perfect. The 5Ps – Perfect Practice Promotes Perfect Presentations. Our bewilderment of magnificence in others, upon further inspection, finds…as Wooden shares ‘you’ll find most of it is practice, the rest of it is work.’ With practice of the correct things, we improve ~ on the other 6 Laws of the Mind.

To access the Divine and connect the subconscious to the Omnipotent, Omniscient and Omnipresent Creator we must forgive everyone and anyone to clear the channel. There can be no connection to the Divine mind where anger or resentment against a brother or sister, justified or not, exists.

Thought is a combination of ideation and feeling. We can attach any feeling to a thought we want.

As soon as the subconscious accepts the idea it becomes a demand and it works constantly, 24-7, to manifest demand ~ accessing a reservoir of infinite resources.

Whatever we think about grows. What we forget atrophies.